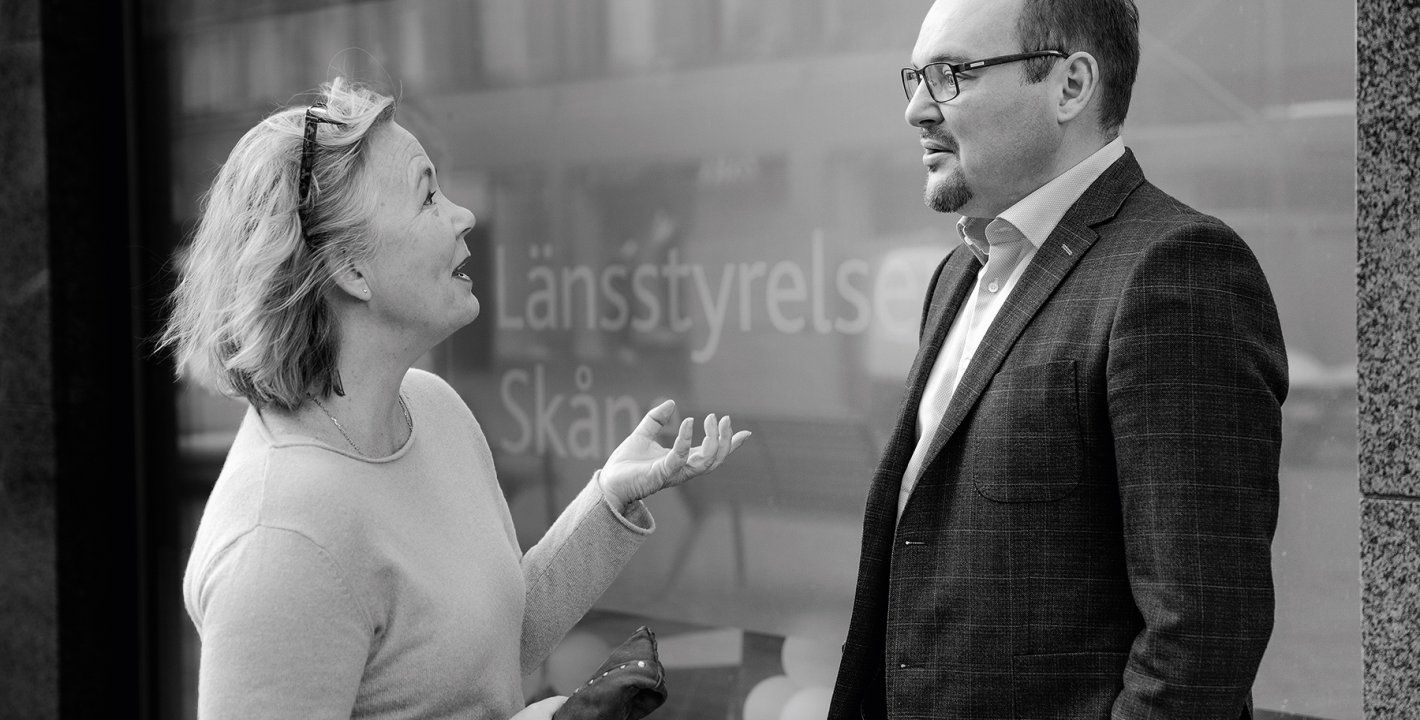 A SUPPORT PLATFORM FOR MIGRATION AND HEALTH

MILSA, a knowledge-based support platform for migration and health, is devoted to producing and supporting methodological development conducive to a health-promoting and inclusive reception of newly arrived migrants in the Swedish society. The research within MILSA is oriented towards both the integration system and the needs of newly arrived migrants, and it is carried out in a broad collaboration between different universities and multi-level agencies that work with newly arrived migrants in various ways. The point of departure for the work in MILSA is a broad approach to health, including themes such as societal participation and empowerment, mental health and well-being, housing issues, economic stress, and confidence and trust. One step in the knowledge development is the continuous mapping of the health of newly arrived migrants together with studies of the effects of different interventions conducted within the framework of Partnership Skåne.

The knowledge production is communicated in the shape of reports, scientific articles and conference papers but it is also brought back to actors through seminars and dialogues, in order to support the development of the activities on a practical level.
The basis for MILSA is the regional level of Skåne, but MILSA also acts nationally, conducting both research projects and educational interventions on a national level. MILSA is jointly coordinated by the County Administrative Board of Skåne and Malmö University.

More information about ongoing research projects and about earlier, completed, projects can be found below.

Three surveys have been conducted within the framework of MILSA 2.0 and funded by AMIF.
1. A survey corresponding to the survey in MILSA 1.0 but with added questions, in Arabic.
2. A survey aiming at a follow-up of the health situation of persons having completed the introduction programme. The survey, which is in Arabic, has been distributed to 10,000 respondents in Skåne.
3. A complementary investigation in Swedish is distributed to 10,000 people in the general population. This study was funded by Region Skåne, the County Administrative Board of Skåne and the City of Malmö.
Contact: Slobodan Zdravkovic, Malmö University, slobodan.zdravkovic@mau.se

PARTICIPATION IN PHYSICAL ACTIVITY AMONG NEWLY ARRIVED MIGRANTS IN SWEDEN

EXPERIENCES OF THE INTRODUCTION PROCESS AMONG NEWLY ARRIVED REFUGEE FAMILIES

The study investigated experiences of the introduction process among newly arrived families. The overarching themes that emerged in the study included both challenges and positive aspects of the process. In interviews, the participants described their chief challenges, such as finding stable housing and employment, which in turn was described as affecting the parents’ possibilities for creating stable preconditions for the establishment and schooling of their children. The social situation of the respondents, and the uncertainty and worry that they described regarding family and relations that they had been separated from, were highlighted as stress factors affecting their mental well-being. The respondents described their children’s adjustment to the new society as positive; the children liked school, and the parents perceived that the children were well received and treated on equal terms with other children in the Swedish school.
Contact: Elisabeth Mangrio, Malmö University, elisabeth.mangrio@mau.se

The study examined the health situation among newly arrived youth with the purpose of obtaining increased knowledge about the impact of social determinants for their health situation. It focused in particular on the importance of social capital, faith in the future and risk behaviour. Two hundred and forty-seven respondents between 15 and 19 years of age participated in the survey, which was conducted in collaboration with a number of municipalities in Skåne during the spring and summer of 2018. The participating youth had been in Sweden for up to 18 months and had arrived here either with their family or on their own. A series of working papers and a report are soon to be published.
Contact: Peter Gladoic Håkansson, Malmö University, peter.hakansson@mau.se

EVALUATION OF PROJECT “WELCOME TO SKÅNE”

The evaluation of the project “Welcome to Skåne” was conducted in two stages during 2016-2020. It investigated what importance an extended programme for civic and health communication, located on different societal arenas, may have for a number of health-related determinants, namely, social capital, sense of coherence, the possibility to assimilate information in the new country, faith in one’s own ability, and a sense of control over one’s own situation. Due to a special assignment, a comparison between those factors has also been carried out in connection to the type of residence permit that the respondents have, something which has become particularly relevant since the introduction of temporary residence permits in Sweden in 2016.
Results from the baseline survey show a considerable prevalence of mental ill health among the target group in general, but in particular among those who have been granted temporary residence permits. Furthermore, the results point to the fact that a large proportion of the newly arrived migrants have inadequate or problematic health literacy, that is, the ability to find, understand and absorb health information. Participation in civic and health communication, and in the extended programme of “Welcome to Skåne”, has, according to the preliminary results, been well received and the answers indicate that the extended programme may have a positive impact on the factors under investigation. Articles based on collected data from this project have been published in the Journal of Social Medicine in the spring of 2019, and a complete report about the results of the evaluation will be presented during the autumn of 2019.
Contact: Ragnar Westerling, Uppsala University, ragnar.westerling@pubcare.uu.se

STRENGTHENING HEALTH LITERACY IN RELATION TO SEXUAL AND REPRODUCTIVE HEALTH AMONG NEWLY ARRIVED MIGRANTS WITHIN THE INTRODUCTION: THE ROLE OF THE CIVIC AND HEALTH COMMUNICATORS – MILSA 3.0